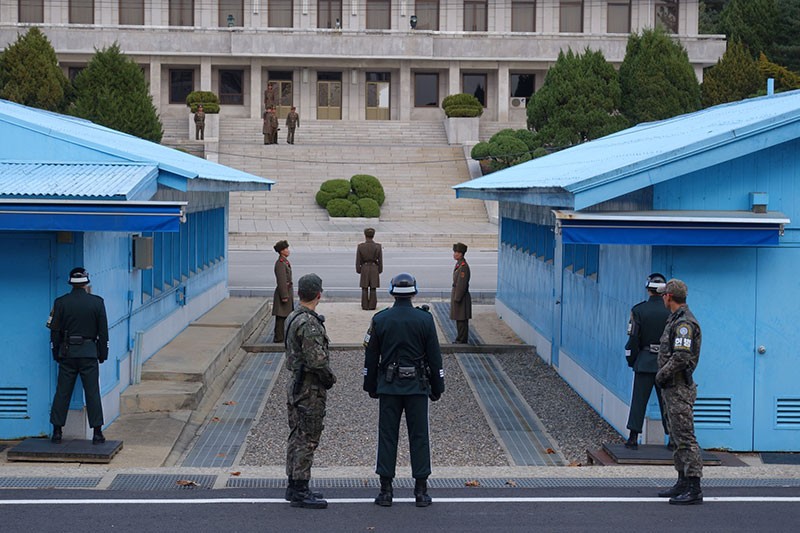 hey, whatever happens - at least someone is FINALLY taking the North Korea problem seriously!

The Trump Administration has made a point to take the problem of North Korea very seriously, and seems to be progressing towards historic resolution to the conflict. However, policy experts are warning that it may all be a ploy by the Kim Regime to extract economic concessions from the global community.

On Tuesday, Dan Coats, the Director of National Intelligence, said in a statement, “Hope springs eternal, but we need to learn a lot more relative to these talks, and we will. Maybe this is a breakthrough. I seriously doubt it, but as I said, hope springs eternal.”

Further to this, a background call took place on Tuesday afternoon with the reporters where a senior administration official stated that the White House has received initial readouts from South Korea. Apart from this, it was also revealed that the officials from President Moon Jae-In’s office will be coming to the White House in the coming days to provide an in-depth briefing.

The reporters asked for a ‘yes’ or ‘no’ answer if the country is ready to proceed for talks with North Korea. The officials dodged the question and stressed the fact that there has been maximum pressure campaign.

“We have a long history, about 27 years of history, of talking to North Koreans, and there is also a 27-year history of them breaking every agreement they ever made with the United States and with the international community,” the official said in a statement.

Coats told the Senate Armed Services Committee on Tuesday that there has been no sign from Kim suggesting that they are willing to give up on their nuclear ambitions.

“He has repeatedly stated that he would not give that up. He sees that as existential to his regime’s survival and to his own survival. We have seen nothing to indicate otherwise, that he would be willing to give up those weapons,” Coats told the committee.