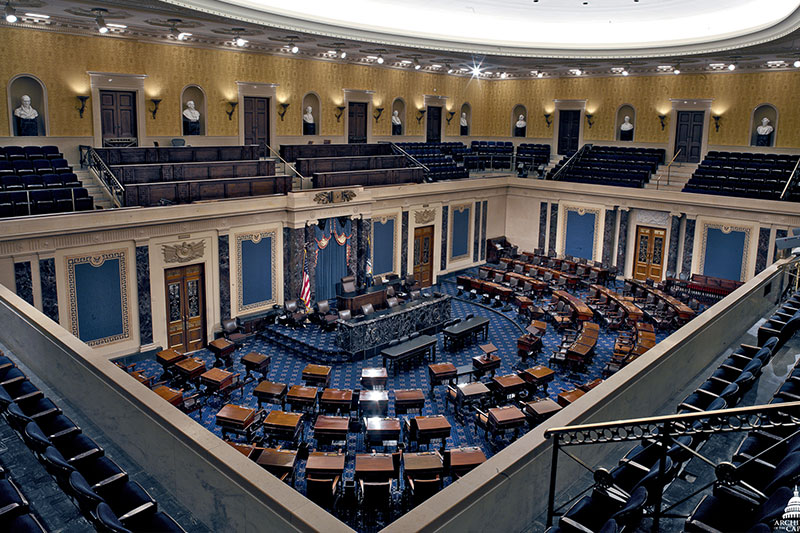 On Thursday, the Senate is expected to vote on the two year budget deal that will increase the defense and nondefense spending significantly. In addition, the deal would also suspend the debt ceiling for this year.

The two year budget deal has come into play to avoid the potential government shutdown on Thursday. President Trump was quite serious when he mentioned that the government will shut down if the demands are not met. This has now given the lawmakers a big win who were previously seeking more money for the military.

Senate Majority Leader Mitch McConnell (R-Ky.) and Senate Democratic Leader Charles Schumer (N.Y.) sat in a meeting earlier this week to discuss the possibilities of this case. After months of internal disparities over stalled spending legislation, both men hailed the meeting as a major breakthrough that will likely avert the government shutdown.

Mitch McConnell issued a statement on the Senate floor, “This bill is the product of extensive negotiations among congressional leaders and the White House. No one would suggest it is perfect. But we worked hard to find common ground and stay focused on serving the American people.”

It is believed that the Senate is all set to go on a debate for a bill that ensures the protection of the ‘so called’ Dreamers from deportation, eventually resolving Democrats immigration problems. In return, they are looking for a stronger border security. However, there are no guarantees the House will act if it passes the upper chamber.

As of now, Pelosi will be opposing the spending agreements unless Ryan assures to take up immigration legislation as McConnell promised to do in the coming week.

“Without a commitment from Speaker Ryan, comparable to the commitment from Leader McConnell, this package does not have my support,” Pelosi said in a statement at the start of her marathon floor speech.

On the other hand, Ryan praised the two year budget prepared for “breaking the logjam on a number of priorities for the American people. More budget reforms are needed, which is why we are laying the groundwork for a better process.”

While Sen. Bob Corker (R-Tenn.) believes that the assigned budget is more than the Pentagon can digest in one year.

“Military spending and defense spending is far above the president’s request,” he added. “I’m all for supporting our military, and I want to make sure they’re funded properly. It’s very difficult to have that big an increase in one year and then be able to use it wisely.”