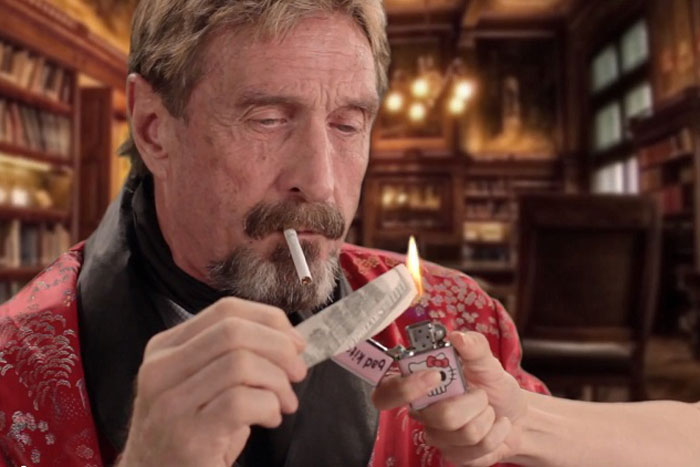 He is now seeking the nomination of the Libertarian Party and is seen by some as a contender for the party’s access to the presidential ballot.

In November of 2012, John McAfee went on the run after being targeted by police in Belize as a “person of interest” in the murder of neighbor Gregory Viant Faull.

After fleeing to Guatemala and faking two heart attacks (to buy his attorney time to file appeals), the millionaire geek was finally deported to the United States in December of that year.

More recently, McAfee was arrested in Tennessee on charges of driving under the influence and possession of a firearm while intoxicated.

These events and the entrepreneur’s badboy lifestyle has given McAfee a cult following.

John McAfee has satirically embraced his supporters through a series of videos.

This was the first titled “How to Uninstall McAfee Antivirus (Warning: Language and Ugly Prostitutes Depicted):

Here’s a more appropriate video of McAfee announcing his candidacy: