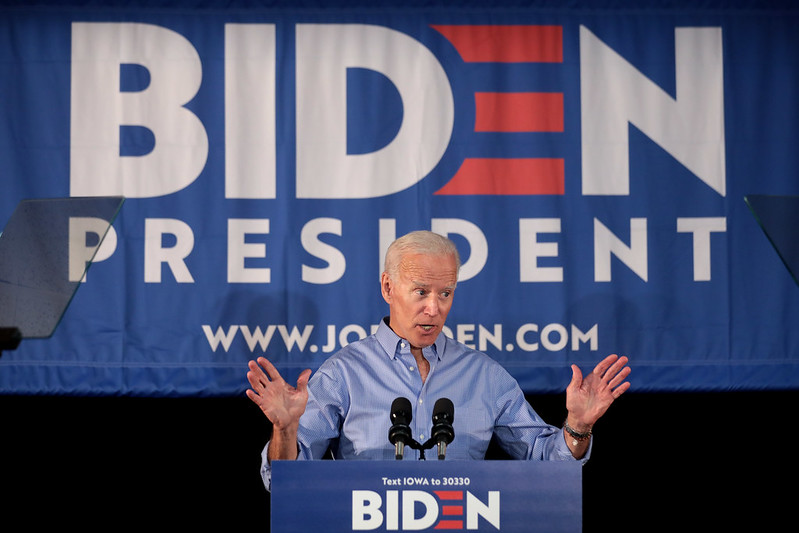 Speaking to pundit Joe Kernen, Biden declared that he was going to “beat Joe Biden.”

The exchange came after Kernen asked, “Are you prepared now to say you’re going to govern as a progressive and enact programs in the mold of Sanders and Warren? And if so, what does that say to either moderate Democrats, or independents, or even some Republicans dissatisfied with President Trump?”

“I’m prepared to say have a record of over 40 years, and I’m going to beat Joe Biden,” Biden said, his voice slurring. He added, punctuated, “Look at my record.”

Kernen did not ask to clarify who Joe Biden was going to beat, or whether he thought he was going to defeat himself.

Biden has also been plagued by accusations that his campaign has been “hiding” him. Biden has done only a handful of interviews while “self-quarantining” in his basement.

He made his first public, in-person appearance in two months on Memorial Day.