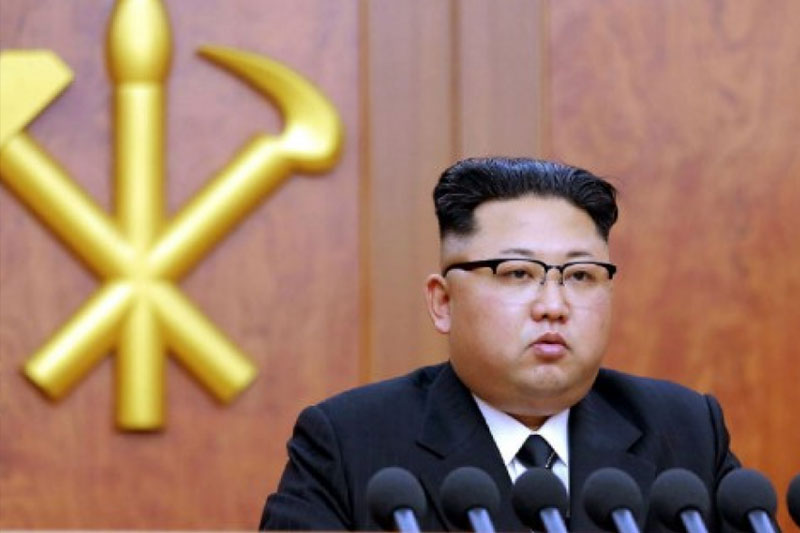 ^That's the same face I make when I'm thinking of doughnuts...

The Missile threats from Iran and North Korea are being taken seriously as a security risk for the American land, by the Trump Administration, who now looks forward to altering the National Security Strategy accordingly and assign the domestic U.S. missile defense systems as the “priority action”. This alteration in the National Security Strategy – NSS was noticed in its language draft that was viewed by news sources.

The President’s national security vision would be brought forward and made public, later on, Monday along with the new revised NSS and would be highlighting the boosted missile defense in the U.S. to enable defense against any possible missile attacks from North Korea or Iran.

This focus on the defense against any possible missile attacks awakened as Iran and North Korea, both are working – separately – to boost the range of their missiles and enhance the power for their intercontinental missiles and weaponry, which would be enabled to carry nuclear weapon or bombs with them.

The new NSS shows that the President and the administration are aware of the threat and is actively taking measures required to deal with the growing threats and is keen to prepare their defenses accordingly.

“The United States is deploying a layered missile defense system focused on North Korea and Iran to defend our homeland against missile attacks,” the draft language of the NSS read. “This system will include the ability to defeat missile threats prior to launch. Enhanced missile defense will not undermine strategic stability or disrupt longstanding strategic relationships with Russia or China.”

The NSS’s draft language also focused the threats that it faces from all the state and non-state actors, regarding the weapons of mass destruction – WMDs.

As the nations go rogue – like North Korea and Iran – and they work on perfecting their missile systems, other terror groups like Al- Qaeda and ISIS too are turning out to be cruder, and similar are the threats that the U.S. faces from their biological and chemical weapons of mass destruction. The President’s new national security vision takes all these threats into view as they design the NSS.

“As missiles grow in numbers, types, and effectiveness, to include those with greater ranges, they are the most likely means for states like North Korea to use a nuclear weapon against the United States,” the draft goes on. “North Korea is also pursuing chemical and biological weapons which could also be delivered by missile.”

Countries like China and Russia are also down in developing stronger advanced weapons, which would further try and intimidate America’s critical infrastructure as per Trump administrations’ view.

Hence, these facts have further sparked a new focus in the Trump’s administration to further strengthen the defense systems like those used by Israel, to safeguard its citizens from severe rocket attacks.

The Trump administration has prioritized the missile defense for NATO and its other allies in Europe and other parts of the world too.

The NSS also includes a point of encouraging its European sallies to increase their defenses systems by allotting two percent of the GSP – Gross Domestic Product – for their defense upgradation too, by the year 2024. The Trump administration in NSS also made a point about the fact of increased concerns for the defense of its allies, whereas, it would be spending at least 20 percent of its spending in enhancing its military capabilities too.

“We will work with NATO to improve its integrated air and missile defense capabilities to counter existing and projected ballistic and cruise missile threats, particularly from Iran. We will increase counterterrorism and cyber security cooperation,” the new NSS draft by Trump administration, further added.

An internal source, close to the White House, who was briefed on the NSS matter said that “The Obama administration couldn’t be honest about Iran’s ballistic missile threat so they couldn’t do all that was necessary to defend the homeland and our allies. If they had tried to pour resources into defenses against Iranian missiles it would have highlighted the threat, and then the American public would never have allowed the nuclear deal that lifted the UN’s ballistic missile ban. So instead they flooded the zone with talking points about future options after giving Iran billions. The Trump administration isn’t constrained by Iran deal lies, and Trump has called for missile defense and called out Tehran since the beginning, and now they’re going to build what’s necessary.”