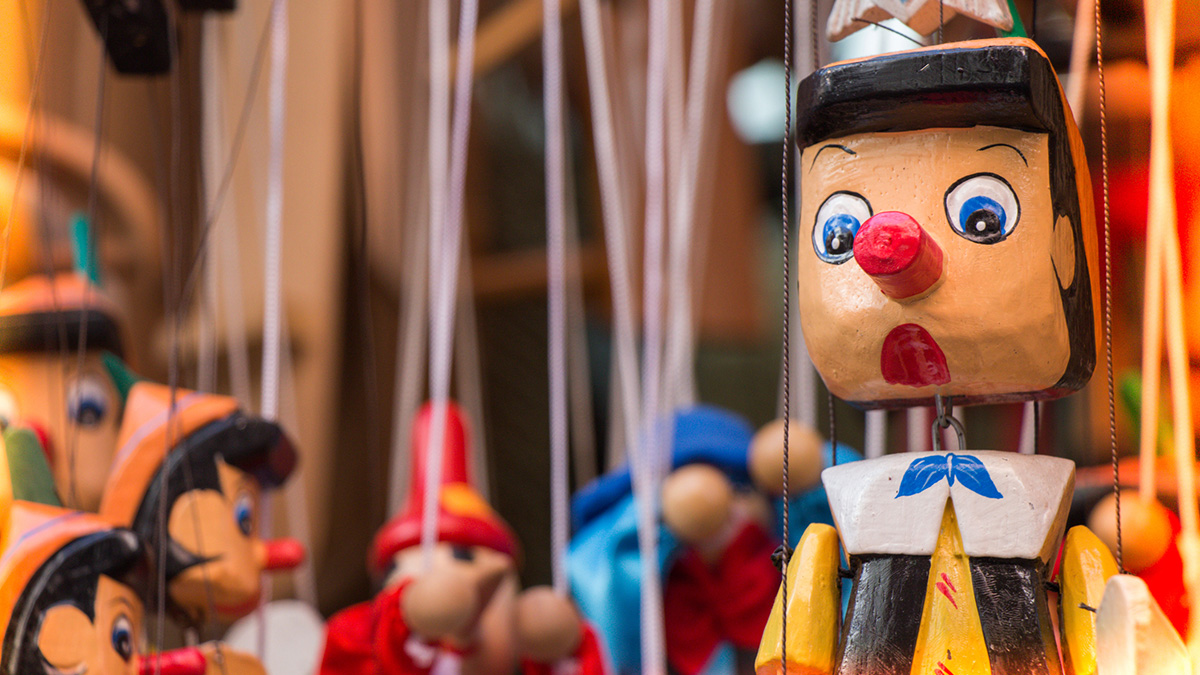 The blog is basically a replacement to Trump’s social media presence following his bans on Twitter and Facebook in January – although the site ironically promotes the very social media platforms that banned him.

Before the launch of Trump’s blog, he was able to gain a following of a million folks on the app, Telegram, where he posts his announcements.

The “From the Desk of” page has no notification features, no commenting and is really a placeholder for Trump’s rants.

Before I go on, let me take a public service announcement to head off the folks who are about to respond and comment that I’m a “liberal” or “fake news” without reading further.

First, following my career in the Marine Corps, I quickly began working with groups to expose and stop government corruption.  I’ve been fighting for liberty for over 20 years and continue to do that to this day.  I’m not beholden to ANY political party (although I ran the Libertarian Party for years).

My ONLY concern is promoting and pursuing policy that moves us in the direction of liberty.

Basically, I’m more conservative than 99% of my readers as I’m a true conservative, i.e. a Libertarian – not the bastardized version of conservativism that the Republican Party wants us to fall in line with.

And I firmly agree with Ronald Reagan when he said in 1975, “the very heart and soul of conservatism is libertarianism.”

Over the weekend, the former president took the time to bash the failed drug test of a horse, Medina Spirit, who recently won the Kentucky Derby.  Trump tied the “junky” horse to the “Fake Presidential Election.”

Actually, most of Trump’s posts are about the “fake,” “fraudulent,” or “stolen” Presidential Election of 2020.

On May 3rd, Trump wrote, “The Fraudulent Presidential Election of 2020 will be, from this day forth, known as THE BIG LIE!”

While Trump was trying to steal the term from CNN and the liberal media who has been using the term to describe Trump’s insistence that the 2020 election was rigged, they actually lifted the term from Adolf Hitler himself who coined the term in his book, Mein Kampf, in 1925.

Hitler’s best use of the propaganda play with “The Big Lie” was revising history to convince Germans that they were not defeated in The Great War but instead were betrayed by internal groups.

In reality, Imperial Germany was a failure, leading to revolt and the Chancellor of Germany surrendered to President Wilson in 1918.    That’s kind of what happens when you lose 2 million of your men in combat in a war of conquest.

But Hitler couldn’t accept defeat and ran with his “Big Lie” which led to its study and use by Joseph Goebbels, the Nazi’s Minister of Propaganda.

In 1941 Goebbels wrote, “The essential English leadership secret does not depend on particular intelligence.  Rather, it depends on a remarkably stupid thick-headedness.  The English follow the principle that when one lies, one should lie big, and stick to it.  They keep up their lies, even at the risk of looking ridiculous.”

This led to paraphrasing attributed to Goebbels, “If you tell a lie big enough and keep repeating it, the people will eventually come to believe it.”

Donald Trump is repeating, on a daily basis, his insistence that his second term was stolen from him and that the 2020 election was rigged by fraud.

This is a point of personal frustration for me as many friends and colleagues continue to believe what I consider to be a Big Lie – and I’d like to take a few paragraphs (and hopefully future op/eds) to explain why the election WAS NOT stolen from Trump.

Last year, I was heavily involved in a few campaigns and poured over primary election data to find a major red flag.  By August of 2020, Democrats were returning primary absentee ballots by as much as a four to one advantage over Republicans.

The ballots were legit with few accusations of fraud.  But the ratio was enough for me to turn on a red siren to let everyone know what Republican candidates had a big problem in November.

The warnings were met with “we have it under control” when explained to the highest levels of GOP leadership.

But they didn’t, not even close, and they knew it.

In the world of political consultants, it’s openly known that Democrats have a huge advantage with absentee ballots – and it’s not because they have rooms of minions filling out fake ballots, it’s because they have a far superior “AB Push and Chase” operation.

AB Push and Chase is when you “push” voters to request an absentee ballot then “chase” them until they return it – through postal mail, text and door knocking.

For two decades, Democrat candidates have been using data platforms that have only gotten better each campaign cycle.  The main platform, NGP VAN, is a killer and makes the software packages and data used by Republicans look like second rate programs that never made it past beta testing.

The result is wasted efforts and money by Republicans campaigns to get out the vote – but that’s nothing new.

What made the Democrats’ advantage more significant was the introduction of COVID voting protocols – i.e. opening up absentee voting to everyone.

All but seven states eased their mail in voting requirements to limit in-person voting in 2020.

That didn’t mean that fake ballots rolled in, it meant that MORE people would be voting than ever before.

With more people voting, Republicans had to out-hustle Democrats with mail in voting – and they simply couldn’t do it because the leadership of the Republican National Committee and the National Republican Congressional Committees had their heads too far up their own asses to admit they had a problem.

Even if they did admit it, there was no shelf-ready solution to solve their problem.

While many Republican senate and house campaigns around the nation realized the problem early and took steps to circumvent the failure of solutions provided by the party, Trump’s campaign team ignored the obvious problems and chose to focus on relentless fundraising instead of votes.

Team Trump didn’t even dedicate many resources (if any at all) to challenging the rule changes around the nation due to COVID that would ensure a Biden win given their advantage with absentee ballots.

Now, many folks still believe that pallets of fake ballots were delivered in battle ground states, but there’s just no truth to it.

Yes, voter fraud occurs no matter how much the left and CNN scream that it’s a myth.  But not since the election of John F. Kennedy did ballot fraud arguably occur at a scale to change the outcome of a presidential election (thanks largely to corrupt Chicago Mayor Daley).

2020 fraud promoters have gone so far to create lists of “dead voters” such as a list of 10,000 Michigan voters who were supposedly dead.

Turns out, the list is fake and as 72-year-old Maria Arredondo, who was listed as deceased on the list of 2020 voters, she insists that “I’m alive and breathing” when reached by phone on November 14th last year.

Credible organizations such as the Heritage Foundation and Brennan Center of Justice have stayed on top of fraudulent voting for decades and would be the first to cry “fraud” if they found it.  But despite raising hundreds of millions of dollars to investigate and litigate fraudulent votes in the 2020 election, Team Trump has come up with nothing that holds water in both the courts and the eye of public opinion.

But that doesn’t stop Donald Trump for repeating his Big Lie on the daily rather than live with the reality that he ran a losing campaign for reelection, mismanaging gobs of money while refusing to win over swing voters.

While Trump’s campaign failed to sway public opinion in favor of their candidate, the arrogance of Republican Party’s leadership left the race for absentee ballots unchecked.

The “Big Lie” is just that, a big frigging lie because when you adhere to the facts and not bottom-barreled fabrication, Donald J. Trump lost in 2020.