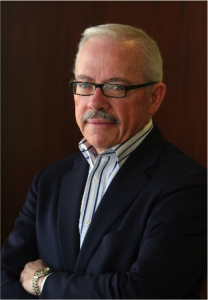 Earlier last month, Sheriff David Clarke announced that he would be joining the Department of Homeland Security in some capacity. However, late Saturday evening, it was announced that he has changed his mind and withdrawn his acceptance of the job.

On a radio show in May, Clarke announced that he was offered the position of Department of Homeland Security’s assistant secretary of the Office of Public Engagement by President Donald Trump. He said that he would leaving his position as sheriff to take on that role.

Clarke’s recent statement has left many bewildered as to what made him change his mind.

“Sheriff Clarke is 100% committed to the success of President Trump, and believes his skills could be better utilized to promote the President’s agenda in a more aggressive role,” said Craig J. Peterson, Clarke’s advisor.

“Last Tuesday Sheriff Clarke met with President Trump and discussed other roles where the Sheriff could be of greater assistance to the President, and the Country,” he continued. “The Sheriff is reviewing options inside and outside of government.”

Following the announcement, CNN published a report, accusing Clarke of submitting a plagiarized master’s thesis. However, those charges had more to do with insufficient citation, not a complete literary theft, as purported by CNN. This also led to a lot of people accusing CNN of exaggerating their news story.

Meanwhile, Clarke responded to the accusations by calling out the reporter, Andrew Kaczynski, on social media. He called Kaczynski a “sleazebag.” “This @CNN hack @KFILE oppo research MO is to accuse plagiarism. I’m next. Did it to Rand Paul, Monica Crowley et al,” he added.

However, some also wondered whether it was the plagiarism allegation that led to Clarke turning down the offer by President Trump, since similar reports from Kaczynski earlier seem to have cost Monica Crowley, a contributor at Fox News, a job in the Trump administration.

Previously, Clarke has been criticized for the way he handled inmates at his jails. There have been a number of deaths reported, including a man who was reportedly mentally ill; he died of severe dehydration.