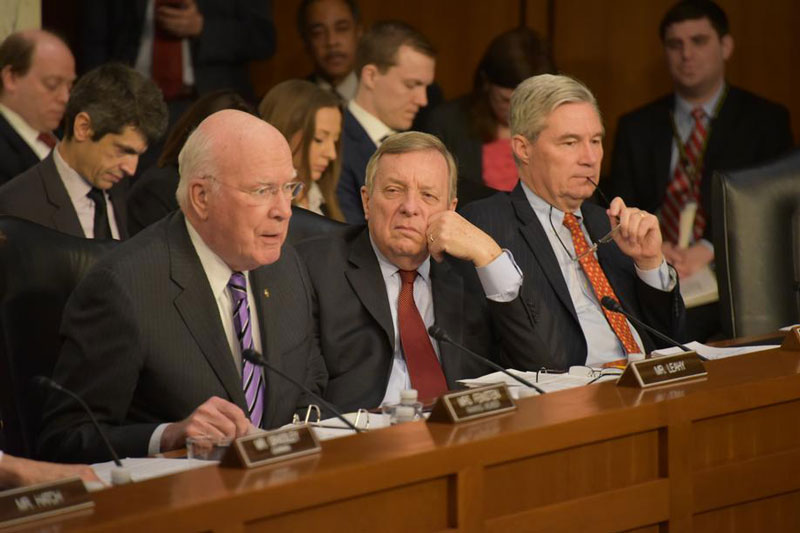 How can you drain the Swamp, when the Swamp has a say in every single one of your Administration's major personnel decisions?

Donald Trump opened the can of worms when he fired FBI Director, James Comey from his position for failing to deal with Hillary Clinton’s emails, and refusing to swear loyalty to him. There was a massive uproar in Washington, and there were even calls for obstruction of justice and impeachment by the Democrats. However, none of that has come to pass, since Trump made the decision on recommendation by his Attorney General, and after Comey testified in front of the senate the matter has been swept under the rug, for the time being at least.

Donald Trump took his time in selecting a nominee for the position of FBI Director, but he has now made his choice, and it is Christopher Wray, who will be testifying in front of the Senate Judiciary Committee next week. The notifications of the hearing have been sent out by the current chairman of the committee, Senator Chuck Grassley.

Grassley had already made statements to the press about how he was going to hold a confirmation hearing for Wray this month, because he needed to get the Senate’s confirmation before the August break for lawmakers. This comes after he had a meeting with Trump’s nominee regarding his future as the Director of FBI and how he needs to woo lawmakers in Capitol Hill.

It has been nearly a month, since Trump fired James Comey as Director of FBI, because he thought that he was incapable of handling the numerous duties of the FBI, and was doing a poor job of handling the investigation considering relations between the Russians and the Trump campaign.

Trump has now seen Wray fit to lead the FBI in a directorial position, and is confident that he will be able to do a much better job than former director James Comey. Wray also has previous experience, as he was overseeing the Justice Department’s Criminal Division, and worked in the capacity of assistant attorney general under President George W. Bush.

During that time, he handled the Bridgegate scandal of New Jersey Governor Chris Christie’s (R), and analysts think that he will be grilled about that case in his confirmation hearing. The Democrats, who have been unanimous in their criticism on Trump for dismissing Comey, are supporting the nomination of Wray to be the new Director of the FBI.