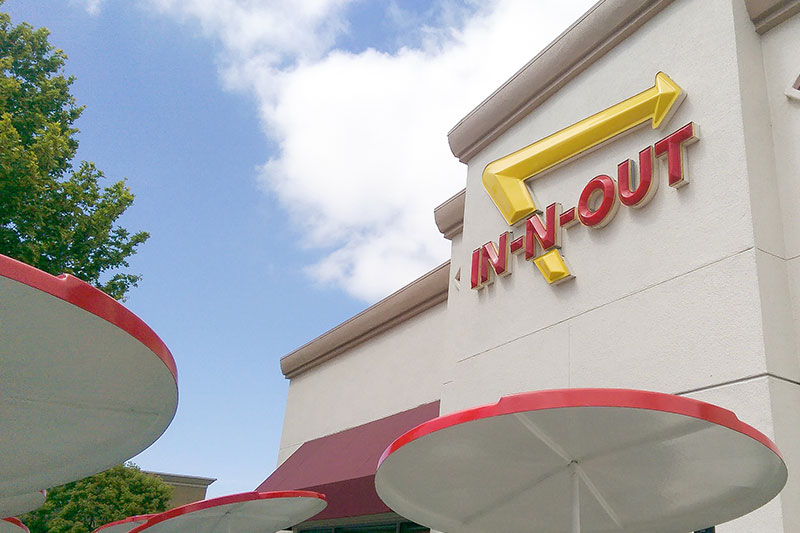 But despite criticism from liberals—some of whom even threatened a boycott—the burger chain is refusing to back down on its politics.

In a statement, In-N-Out’s Executive Vice President Arnie Wensinger cited the company’s “bipartisan” giving—and basically told critics to get over it:

“For years, In-N-Out Burger has supported lawmakers who, regardless of political affiliation, promote policies that strengthen California and allow us to continue operating with the values of providing strong pay and great benefits for our Associates.

“It is actually far more important to In-N-Out and our Foundations to support our communities by contributing millions of dollars to hundreds of organizations in California to prevent child abuse, human trafficking and substance addiction,” he added.

“We have been fortunate to do business in this great state for almost 70 years. While it is unfortunate that our contributions to support both political parties in California has caused concern with some groups, we believe that bipartisan support is a fair and consistent approach that best serves the interests of our company and all of our Customers.”

Despite being synonymous with far-left California, In-N-Out’s owners have a history of more conservative views—including printing “hidden” bible verses on the bottom of their paper cups. But they also have a history, as a private company, of doing things liberals would like the government to mandate all companies do: like offering high wages, benefits, and advancement opportunities.

Despite the controversy, the boycott already seems to be losing steam—with the Los Angeles Times reporting that a number of people, including liberal Democrats, are launching a “resistance” against the boycott, and eating their burgers proudly.