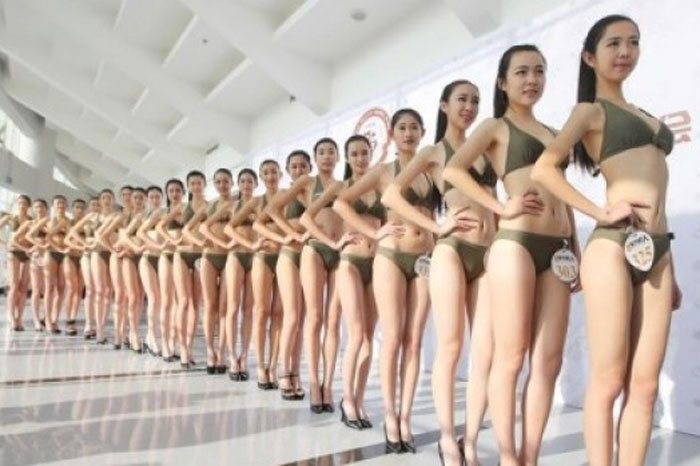 While the United States is embroiled with politically correct policies and procedures that impact the public and private sector, China is moving past its traditional hiring practices . . . at least when it comes to airline stewardesses.

Chinese airlines recruited flight attendant applicants from a selection of women who modeled in bikinis in order to land a job in the sky.

The move threw U.S.-based Association of Flight Attendants into a tizzy with the head of the organization, Sara Nelson, saying:

“If discrimination exists anywhere, it is a threat to women everywhere. This is not a fight just for the women of China. In this era of increased globalization and trade agreements that pit American workers against these abhorrent labor practices, our union understands this very real threat to Flight Attendants in the U.S. and around the world.”

The outrage by Nelson is half-cocked in that the bikini portion of the selection process was actually organized by a modeling agency, Oriental Beauty, to help Chinese airline recruiters source “talent.”

No men were part of the selection process.

A frequent flyer of both U.S. and Chinese airlines commented, “With the shift in the hiring practices of U.S. flight attendants from attractive women with a courteous demeanor to flying bouncers who rudely serve water and peanuts, the U.S. airline industry should take note of China’s progression in customer service.”