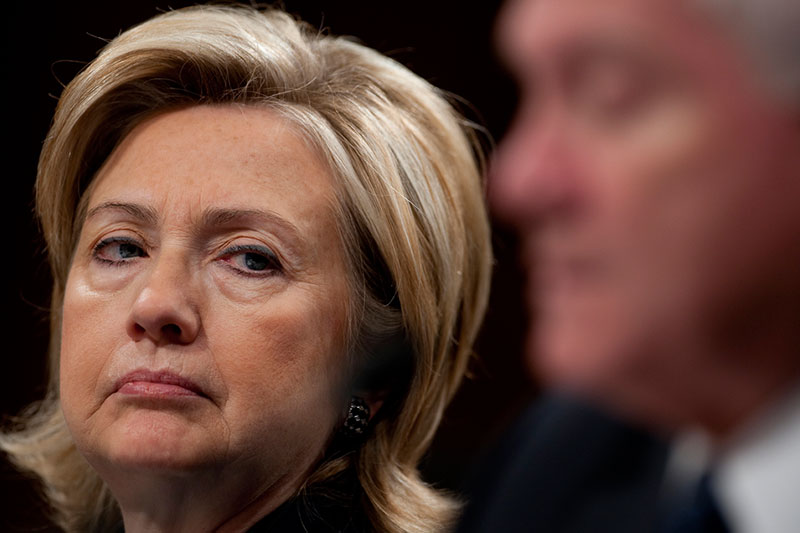 Cheers for Trump during his campaign rallies were almost as loud as the chants shouting “lock her up”, and Jason Chaffetz just took the first step.

The Republican chairman of the House Oversight Committee sent a letter to Attorney General Jeff Sessions asking for the Attorney General to convene a grand jury or to charge Bryan Pagliano.

Pagliano is the computer specialist that set up the home server for Hillary Clinton and who was reported as having immunity from the FBI.

During the campaign, Pagliano didn’t comply with two previous subpoenas and now Chaffetz is wanting the Attorney General to press further.

Chaffetz is correct. If people don’t have to respond to subpoena’s, what is the point of having a House Oversight Committee?

Not everyone is excited about Hillary’s emails being back in the news.

#TrumpPressConference Hillary's emails investigated in hopes of finding what Trump is doing. SILENCE from GOP! pic.twitter.com/liGT4gSxbn

Elijah Cummings of Maryland had some choice words for Chaffetz and Trump on Thursday.

“Apparently, Chairman Chaffetz and President Trump are the only two people in Washington today who think we should still be investigating Secretary Clinton.”

Cummings is the ranking Democrat on the House Oversight Committee and is pushing for more oversight on Trump and not the loser of the election, Hillary Clinton.