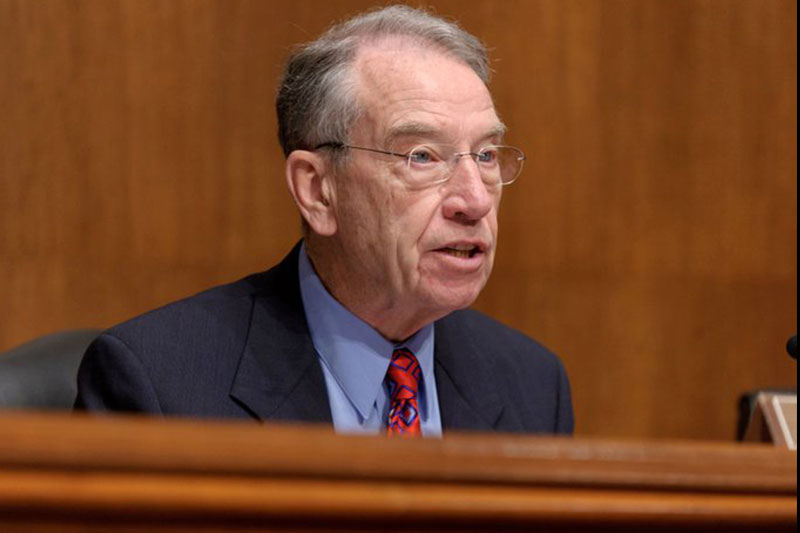 Senate Judiciary Chairman Chuck Grassley wrote to the Attorney General and FBI Director asking them to possibly start a criminal investigation into whether Julie Swetnick and her lawyer Michael Avenatti made false statements during the Brett Kavanaugh Supreme Court hearings.

Swetnick was the third woman to come out and claim she was sexually assaulted by Brett Kavanaugh. Her lawyer, Michael Avenatti also represented Stormy Daniels in her case against Trump. He also says he is running for president in 2020.

The lawyer was featured in a Time article with the headline, “Michael Avenatti’s Past Won’t Stop Him From Running in 2020.” The thing is, it isn’t his past he should be worried about. It’ his future legal problems that could stop an Avenatti run for office.

In the letter to FBI Director Christopher A. Wray, Senator Grassley is calling for an investigation and explains why

“When a well-meaning citizen comes forward with information relevant to the committee’s work, I take it seriously. It takes courage to come forward, especially with allegations of sexual misconduct or personal trauma. I’m grateful for those who find that courage. But in the heat of partisan moments, some do try to knowingly mislead the committee. That’s unfair to my colleagues, the nominees and others providing information who are seeking the truth.” – Chuck Grassley

Avenatti responded with a tweet calling the potential investigation “welcome” and ready to let the “truth be known.”

It is ironic that Senator Grassley now is interested in investigations. He didn’t care when it came to putting a man on the SCOTUS for life. We welcome the investigation as now we can finally get to the bottom of Judge Kavanaugh’s lies and conduct. Let the truth be known.

Despite saying Avenatti “welcomes” an investigation, one would most likely damage his changes to win the Democratic primary in what is shaping up to be a very large field.

Are you happy to see Grassley call for an investigation? Let us know in the comments below.